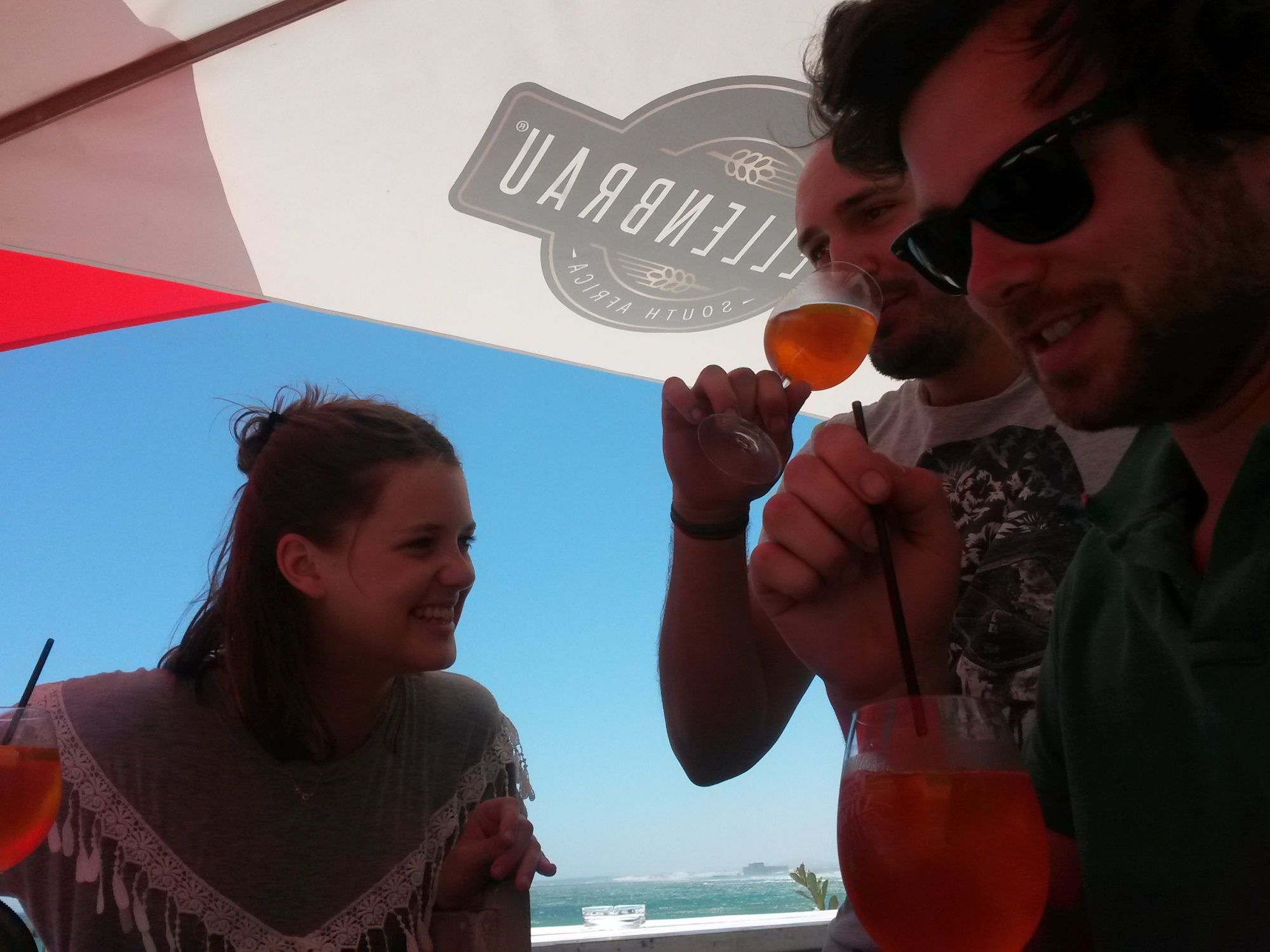 I am definitely not an alcoholic.

Unless I totally am, a determination that would surprise exactly no one who has ever witnessed me circle my wagons around an open bar.

But to be honest, like other false binaries in my life, I find the word to be utterly un-useful and without interest for my own contemplation. (I would be remiss if I didn’t explicitly state in this space that if the term holds or has given value to you in your life, I wholeheartedly respect that.)

What is inarguable: alcohol has long had an outsized impact on my life. Professionally, I’ve held parallel careers in wine-making and wine-service. I more or less fell into that career path through happenstance–undoubtedly at the behest of many factors, but at least in part because it felt good to both intellectualize and somewhat reshape the narrative of that ever-present bugaboo in my life. And as I’ve grown older and slightly more self-aware, much of my ruminative energies have been allocated to the writing (multiple times over) of a novel, which at its core is an exploration of the complex intertwining of alcohol and mental health.

But mostly: I love to drink. I vividly remember–me, a man with a pittance of long-term memories–the first time I got buzzed. I don’t know how old I was (early teens?), but I was young enough to float around the wedding banquet of a cousin and finish forgotten dregs of wine without drawing notice. What a glorious glow–I can feel it, even still.

I’ve put in twenty years of hard drinking, almost long enough for a party and a gold watch. Unequivocally, there have been periods in my life in which I inebriated myself with reckless abandon, with little cognizance of the many consequences, however, except when at my worst mine has generally been a sin of heavy-handed localized-consumption, not a bleeding through of all borders and barriers (think: stippling with a sharpie rather than the blurry blotto of pina colada-colored water paints). I don’t find not drinking too terribly difficult and even a single drink can often be left behind me with ease. Stopping short between drinks two and six, however, feels unabashedly herculean.

College stands blurry in my rear view mirror–both for reasons intrinsic and, lamentably, much my own doing. After, there were those years when the word weekend was simple shorthand for bender: fertile and god-given temporal ground to sow the seeds of dime-store hedonism, irrigated with sufficient spirit to tranquilize a small horse. Weekends of habitual brown and black outs whose ostensible “success” was graded around the Monday morning water cooler. And yes, there was that period, years later, when nightly I’d sit at home sculling bottle after bottle of wine, racking up, over time, tens of thousands of dollars in credit card debt at the tables of online casinos.

I make no excuses for these past actions. Indeed, I have no choice but to own the pervading sense of shame for a lifetime of boorish behavior that ranges from dull and vague to pointed and acute. By this juncture in life I don’t retain any illusions about the vapid nature of drunkenness. It is lamentably tiresome, this I know. However, I sure as shit never bore of feeling engaged; this is a feeling worth great sacrifice.

What follows is a mashup of my primitive online sleuthing skills and a recounting of “How Zach Experiences Alcohol” as posited by a psychiatrist I used to see. As a depressive, my body enjoys (ha) a dearth of dopamine in circulation. Dopamine is what makes life interesting–it literally is the component that enables a person to feel engaged with the world. My own decided lack thereof manifests itself through poor memory, frequent inability to focus, and (most profoundly) a pervading feeling like nothing is really worth giving much of a damn about. On that last point, I really must underline how much of a feeling this is, rather than a simple belief. It is experienced as a state of being.

When most anybody drinks alcohol, the physiological response in their body is a flood of dopamine. That is a very pleasurable experience, no matter who you are. To the dopamine-starved individual, however, it presents an overwhelming and jarring contrast. I can only imagine it akin to the exhilaration of witnessing sunrise in the northern latitudes after months of darkness.

Of course the cruel irony is such that the cost for a humble few hours of in-the-moment reverie is a few days of blank humdrum. Though yes, it is true that as I grow older the hangover effects of drinking can be more and more pernicious, that is a tradeoff whose math I decided long ago was happily in my favor, and it still is. No, the true untenable aspect of (over)consumption is the vacuum of dopamine created by my body in subsequent hours and days. The body observes the glut of dopamine emitted during a binge and forgets to contextualize it, reacting simplistically and severely to curtail chemical production to less, even, than (ab)normal pittances.

I think of it like this: drunken carousing is like heaving a boulder into a calm pond. The (even minor) physical feat, the anticipation during flight, that satisfying kerplunk, these are the immediate joys of consumption. The resulting waves are the hangover effect–not exactly the goal, but not unexpected and on some level a little bit thrilling. Those long-lasting little ripples in the surface that preclude the perfectly glassy patina are the resulting neurochemical imbalances: a vague agitation that many observers might not even notice but that–to someone anticipatorily clutching a picture of a reflective pond at rest–make all the difference in the world.

Again, I do not own this effect; this is a phenomenon felt by all drinkers. I don’t know how you, personally, experience it so I am wont to make comparisons, but the measurable physiology suggests that my own body chemistry is is aligned to foster a “perfect storm” scenario in which these phenomena are experienced in their extreme. Heightened gratification from the act, coupled with exaggerated mental and emotional repercussions. Yes–how astute of you!–it is quite convenient for me to frame my perspective in such a way, but I quite prefer prefer this line of thought to the one that suggests I might just suffer from a weak will and the lack of constitution to moderate myself. Huh, go figure.

In truth, alcohol has not loomed very large on this trip. Part of that has stemmed from the daily–more like hourly, and minute-by-minute–concerns of boat life. Another part is physical health. I’m finally starting to feel all the hard miles I’ve put on this body. But a large factor in all of this has to do with the whole reason for the adventure in the first place. I’m looking for newness. I want to shatter past routines (both of thought and action) and see the world with a fresh perspective. Yes, the past 20 years have been one hell of a ride, but what of the next 20 years? Why would I not take the opportunity granted me by my already-unsettled life to further upend it all and see what comes of it? It wouldn’t entirely surprise me if at the conclusion of this trip I decide to return to winemaking, finally making good on my dream of tending vines of my own on a small plot of land in some corner of the world. But neither would it be a surprise in the least if I decide to put away those childhood toys for good and pursue a life of an entirely different tenor. Thankfully, I don’t need to make those decisions in this moment, but I do need to continue earnestly serving my goals. So in that light, I’ve decided to take a dry year, to step to the side from drinking and see what new parts of me might get irrigated with those energies instead.

Now, some of you are undoubtedly thinking, “Whatever, dude. You could have just led with that instead of making us slog through 1500 words of pointless preamble.”

To that I retort: true, but I’m already committing to one outsized life change this year, isn’t it too much to ask that I learn to be concise in my ramblings at the same time? Maybe that’s what 2021 will be for.

Happy New Year to you all. May all manner of surprises be in store for us.